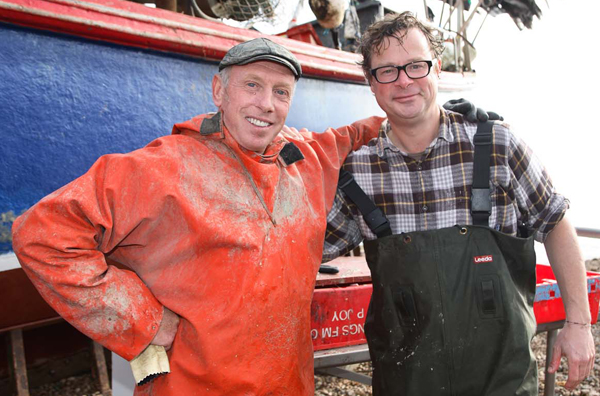 KEO films added four more awards to its growing collection on a memorable night for the company on Wednesday (May 29).

Fish Fight picked up both the Food Broadcast of the Year and the Derek Cooper Award for Campaigning and Investigative Food Writing or Broadcasting at the Guild of Food Writers Awards.

Jerusalem On A Plate, presented by Yotam Ottolenghi, was awarded with the Kate Whiteman Award for Work on Food and Travel.

The ceremony showcased the most prestigious in the field of food writing and broadcasting and took place at Fishmongers’ Hall in London.

Meanwhile across town, Hugh Fearnley-Whittingstall was presented with the Campaigner award at the Observer Ethical Awards.

He saw off stiff competition from Jamie Oliver and Caroline Lucas, Green Party MP for Brighton Pavilion, to scoop the prize for the third time after previous successes for his Chicken Out! and Landshare campaigns.

“It’s always a tremendous feeling to be recognised in these awards, not least because of the company of one’s fellow nominees – individuals, companies and organisations who have shown incredible commitment to the ethical dimensions of their work,” said Hugh.

“What I am most proud of at this point is the fantastic support we have received from almost 800,000 fishfighters,” he added.

“Their voice has been vital in calling to account the European ministers whose decisions will determine the future of our fisheries, and we all hope, end the madness of discards.”

While it’s great to win another award for the series, it’s too soon to claim victory for the campaign.

“I hope I’ll be forgiven for sounding a note of caution. Fish Fight is not a finished campaign and it wouldn’t be sensible or appropriate to claim any kind of victory,” Hugh added.

“There’s still a lot to fight for, and with that in mind we are in the middle of making a new series.”