Grierson Award for Choosing To Die

Terry Pratchett: Choosing To Die was last night named Best Documentary on a Contemporary Theme at the prestigious Grierson Awards, this year celebrating their 40th anniversary.

The awards were presented by the Turner Award-winning artist Grayson Perry at a ceremony at The Empire Leicester Square, London last night (Tuesday 6 November).

The controversial 60-minute documentary, in which Sir Terry Pratchett considers how he might choose to end his life, saw off stiff competition from We Need to Talk About Dad (Rare Day), Panorama: Undercover Care – The Abuse Exposed (BBC Productions) and My Child the Rioter (also BBC Productions) to win the prize.

In the frank and personal documentary, Pratchett travelled to the Dignitas Clinic in Switzerland where he witnessed first-hand the procedures set out for assisted death and confronts the point at which he would have to take the lethal drug himself.

It was broadcast on BBC2 last summer, and has already picked up a string of awards including a BAFTA, a Scottish BAFTA, a Bulldog and a Royal Television Society award.

Established in 1972, the Grierson Awards recognise and celebrate documentaries from Britain and abroad that have made a significant contribution to the genre and that demonstrate quality, integrity, creativity, originality and overall excellence.

It’s the third time KEO films have tasted success following wins for Exit Through The Gift Shop in 2010 (Most Entertaining Documentary) and last year for Hugh’s Fish Fight’s prize, in the Best Documentary Series category.

KEO films’ production Welcome to Lagos has also been nominated in recent years.

Executive Producer Craig Hunter (pictured) was on hand to collect to the award on the night and was thrilled with the win: “We are delighted to have won the Grierson Award.”

“We were up against some really tough competition, so we are particularly honoured to walk away with the award for Best Documentary on a Contemporary Theme.

“In the last year, our film has received widespread acclaim but the Grierson feels like a very special privilege and I am very proud on behalf of the entire team.” 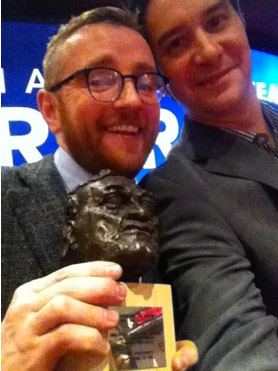 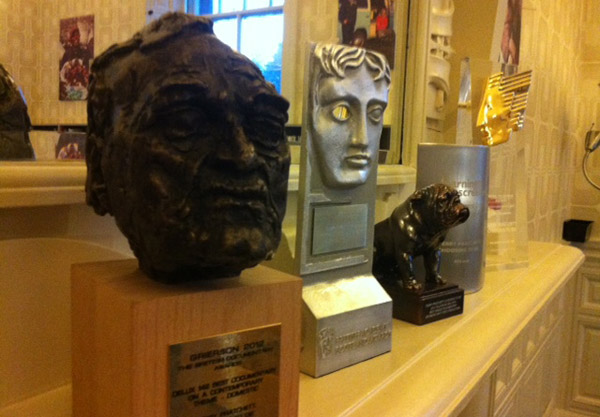